WHO'S WHO - SUMMER 2022 Singers on Stage Faculty, Creative Team and Advisory Board 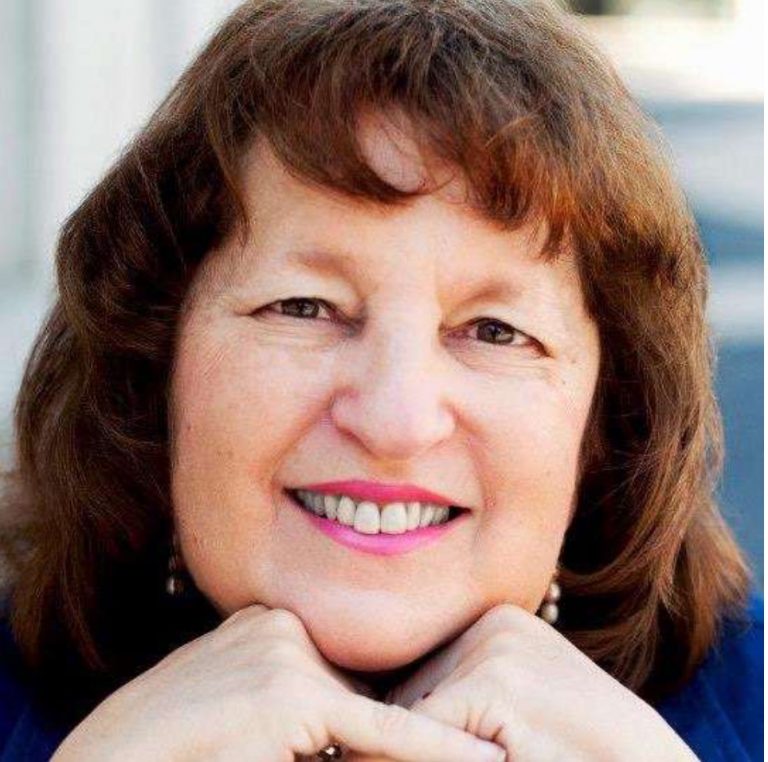 Sara Louise Lazarus is an original faculty member of the Singers On Stage Summer Workshop that Backstage rated #1 in NYC.  Sara is one of the reasons.   We’re pleased to announce that she is returning to teach singing interpretation and to direct the Cabaret Show.   More about Sara:

Sara has taught Lady Gaga, and in theatre she has directed such luminaries as Kristin Chenoweth, Carolee Carmello, Tovah Feldshuh and Jimmy Smits.

With Jeff Harnar and Alex Rybeck Sara created 8 shows, most for the Algonquin Oak Room, including The 1959 Broadway Songbook, which was also produced as a musical revue for the popular series Lyrics and Lyricists.  On January 22, 2022 Birdland presented the trio’s most recent offering, A Collective Cy: The Music of Cy Coleman. 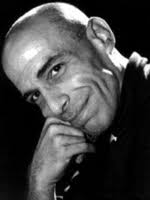 Jonathan Stuart Cerullo an award-winning director-choreographer and executive producer has maintained a career in professional entertainment which spans 40 years to include Broadway, Off-Broadway, Off-Off-Broadway, National Tours, International, Symphony Concerts and Cabaret, Film, and Television, and the Circus Arts.

In 2021 he made his Los Angeles directorial debut at the award-winning theatre, The Blank Theatre with Scott Barry’s Hard On Love starring Los Angeles Drama Critics Award-winner, Rob Nagle and from RuPaul’s Drag Race, Jesse Havea.

In 2020 Jonathan was honored to conceive, direct and executive produce With Love, Now And Forever, CATS4COVID Relief. After nearly 35 years this reunited his castmates of the landmark musical CATS as a fundraiser for Broadway Cares and The Actors Fund.  This was hosted by Brian Stokes Mitchell and Tom Viola and raised $25,000.00 during the pandemic.

In 2019 not only did he write and stage Amas @50 celebrating Amas Musical Theatre 50th Anniversary honoring Harry Belafonte and The Temptations manager, Shelly Berger but he became an Artistic Associate of the organization. The concert was hosted by Tony Award-winner Lillias White and featured Leslie Uggams, Hamilton’s Christopher Jackson, and Tony Award-winner Len Cariou. He also directed the industry reading of Carol of Carroll Gardens starring Tony Award-winner Karen Ziemba and Panther City at the Fort Worth Tx. Arts Center.  He also directed the Off-Broadway premier of Pie Lessons by award-winning playwright and costume designer, Carrie Robbins, and the musical Darkened City by Armenian composer David Hall.

In 2018 Jonathan had the great pleasure of directing and choreographing the critically acclaimed all-male version of The Boys from Syracuse at Off-Broadway’s Lion Theatre in NYC. In 2017 he produced and directed the sold-out 30th Anniversary Concert of the Tony-nominated musical Legs Diamond at Feinstein’s / 54 Below gathering back many of the original cast members. Earlier in 2017 he created, wrote and directed for Tony award-winning lyricists and composer, Lynn Ahrens and Stephen Flaherty, The Flip Side, The Unknown Gems of Ahrens and Flaherty and No Foolin’ at Amas Music Theatre.

Prior to this he directed and choreographed the award-winning musical, Chance for the Fresh Fruit Festival which won the Fruity Award for Outstanding Production Design and Outstanding Performance in a Musical for Courter Simmons, and won Best Director for Fictitious, a new musical by Paul Cozby and Tom Hyndman at SOUNDBITES sponsored by Disney Theatricals and Music Theater International for Theatre Now New York.  For the N.Y. Musical Festival (NYMF) he has directed, Windywoo and Her Naughty Naughty Pets, choreographed Lisa and Leonardo, and Under Fire, which won the NYMF 2009 Best of Fest, and he produced Orphan Train directed by Emmy award-winning director Patricia Birch. Off-Broadway Jonathan directed and staged Harold Rome’s musical revue, Pins and Needles at La Mama ETC | HOWL Festival, Willie and Me, The Emmett Kelly Story. Earlier in his career he choreographed, Midsummer Nights for Musical Theatre Works, Wonderful Town at the Equity Library Theatre, and directed Uta Hagen’s 50-Year Tribute hosted by Matthew Broderick and Celeste Holm.

For television Jonathan has choreographed, “Orpheus in the Underworld” for, Great Performances; Evening At Pops, and directed and choreographed “Dear Mr. Gershwin”, at Victoria Canada’s Royal Theatre with the Victoria Symphony Orchestra. Was assistant to the choreographer on, “The First Wives Club”, Donny Osmond’s “This Is The Moment”, and “Natalie Cole’s Christmas Special”. Jonathan also had the pleasure of working with Bette Midler by creating the Special Effects Movement for her in Paramount Pictures, “The Stepford Wives”. He also has directed and choreographed for Studio Festi and the New York City “2010 Columbus Day Parade” hosted by television personality Maria Bartiromo, this was broadcast live on both NBC and in Italy on RAI TV. He also conceived, produced and directed the SDC Foundation’s tribute video for the Mr. Abbott Award for Lifetime Achievement in Theatre.

He choreographed the Big Apple Circus’ Carnivale! and Picturesque at Lincoln Center and was dance instructor for the Broadway production of, Say Goodnight, Gracie starring the late Frank Gorshin. Additional Broadway credits include assistant director/choreographer for Band In Berlin, associate choreographer for Anna Karenina and production assistant to two-time Tony Award-winning director and choreographer, Joe Layton on The Three Musketeers.

As a dancer he was featured in the Broadway production of Legs Diamond, the National Tour of both CATS, and played Big Daddy in Fosse’s Sweet Charity starring Tony Award-winner, Donna McKechnie.

Regionally he choreographed Camelot at the Berkshire Theatre Festival, was private dance instructor to Uta Hagen in Six Dance Lessons at the Geffen Playhouse in Los Angeles. Premiered as director and co-author of, The Fifth Dentist in Search of Sid’s Treasure starring comedian Mike King at the Denver Center for the Performing Arts, and has worked at Theatre by the Sea, North Shore Music Theatre.

He is a member of SDC, the Stage Director and Choreographers Society, Actors Equity Association, The Dramatist Guild, and the Drama League, and was honored to serve as Vice-Chair on the SDC Foundation Callaway Award Committee as well as a nominator for the prestigious Lucille Lortel Awards recognizing Off-Broadway theatre. He has previously sat on the Alumni Board for N.Y. Music Festival and was an Artistic Advisor for the Music Theatre Factory. He volunteers his time to BC|EFA.

Jonathan created JSCTheatricals, LLC in 2013 and under this banner has produced numerous galas, staged readings, awards shows, and concerts. He has worked with luminaries such as Wynton Marsalis, Philip Glass, Philippe Petite, and Abigail Disney.  For more information, please visit Producer | JSCTheatricals page. Jonathan’s other passion is as a photographer, he has been recognized as an award-winner (in his age category) for the ’79 U.N International Year of the Child Photo Contest. Jonathan’s photography can be viewed here.

Music Director and Arranger Joseph Baker has been performing on and around Broadway for over 30 years. He has been involved in Broadway Shows such as ​WICKED, SHREK, THE LION KING, BLOOD BROTHERS, THE LIFE, GRAND HOTEL, STARLIGHT EXPRESS, THE TAP DANCE KID, LITTLE SHOP OF HORRORS, CATSKILLS ON BROADWAY, FOOTLOOSE, BELLS ARE RINGING, and LAUGHING ROOM ONLY.

His work as an Orchestrator as well as Vocal and Dance Arranger has been seen and heard in shows such as:  BUBBLY BLACK GIRL, THE GREEN HEART, PLAY IT COOL and FOOTLOOSE.

Mr. Baker has performed with several well-known artists on the concert stage, and especially enjoys work in the symphonic orchestra field. He has conducted for Artists such as Carole King, Petula Clark, Art Garfunkel, Helen Reddy, Chita Rivera, Leslie Uggams, Jackie Mason, Peter Gallagher and BOTH David and Shaun Cassidy!

Mr. Baker has also been music supervisor/arranger for several well known companies and charities for their special events. They include: the US OPEN, GLAMOUR annual Gala, BroadwayCares, SMILE TRAIN, UNICEF, AVON, ASTRAZENECA, PEPSI, K.I.D.S., and many others. James Directed and Choreographed PEG O’ MY HEART THE MUSICAL,  at the June Havoc Theatre NYC, which won the MITF Best Musical Award.

He Choreographed the feature film “HUMOR ME” written by Sam Hoffman, starring Elliot Gould with Jemaine Clement and Annie Potts and Bebe Neuwirth.

Director and or Choreographer of US National tours, Tokyo, Ogunquit Playhouse productions of MEL BROOKS YOUNG FRANKENSTEIN THE MUSICAL

James was the Associate Choreographer / Resident for PRINCE OF BROADWAY directed by Hal Prince and Susan Stroman in TOKYO and at the MTC Samuel J. Friedman Theatre on Broadway.

Resident Director/Choreographer and Associate Choreographer for Woody Allen and Susan Stroman’s BULLETS OVER BROADWAY at the St. James Theatre on Broadway.

He is also the Resident Choreographer on THE LAST TWO PEOPLE ON EARTH: AN APOCALYPTIC VAUDEVILLE  starring Mandy Patinkin and Taylor Mac.

Associate Choreographer for the Broadway and Madison Square Garden productions of Tony, Grammy and Oscar winning composing team Pask and Paul’s A CHRISTMAS STORY THE MUSICAL.

James has overseen performances of BULLETS OVER BROADWAY and A CHRISTMAS STORY THE MUSICAL on The Tony Awards as well as The View, Good Morning America, The Today Show.

Other US Productions include

MY FAIR LADY, WEST SIDE STORY, SINGIN’ IN THE RAIN, A CHORUS LINE

ME AND MY GIRL at the Adelphi Theatre.

Original companies of MACK AND MABEL  at the Piccadilly Theatre, BEAUTY AND THE BEAST at The Dominion Theatre

HELLO DOLLY! The Gala with Carol Channing and THE STYNE WAY GALA (where he partnered Chita Rivera and Rita Moreno) at The London Palladium.

James is the founder and creative director of AUDITION TRUTH, a vocal and dance/movement workshop which helps prepare musical theater performers for the high-pressure world of Broadway

He has also taught workshops at The Royal Central School of Speech and Drama, Arts Educational , London Studio Centre, The International College of Musical Theatre and the Urdang Academy in London and NYU Tisch School of the Arts, Steps on Broadway, Broadway Dance Center, The Growing Studio, Luigi’s Jazz Centre and the Open Jar Institute and Studios in NYC

James is a proud member of AEA and SDC 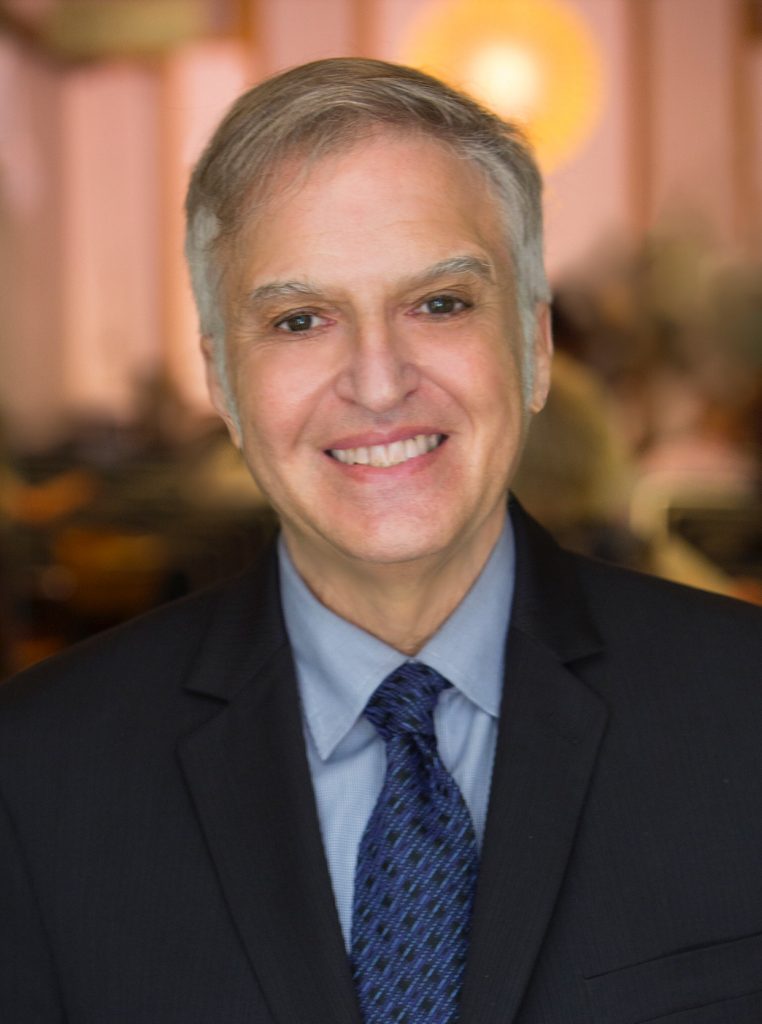 He has performed “Rhapsody In Blue” with the Buffalo and Rochester Philharmonics and also special material with Comden and Green for “Fashion Follies” which was performed at the St. James Theatre.

Dennis has recorded over 175 CDs as arranger and pianist including 20 solo albums and has played with the orchestras of 15 Broadway shows.   He has performed his own show with orchestra, “Out of the Pit, Onto the Stage” at conventions and cruise ships around the world. He is familiar with pop, rock, gospel, new age, country, and world music as well as the classical repertoire.

Meet the Singers on Stage on Broadway Advisory Team

Founding Advisory Board - Singers on Stage on Broadway